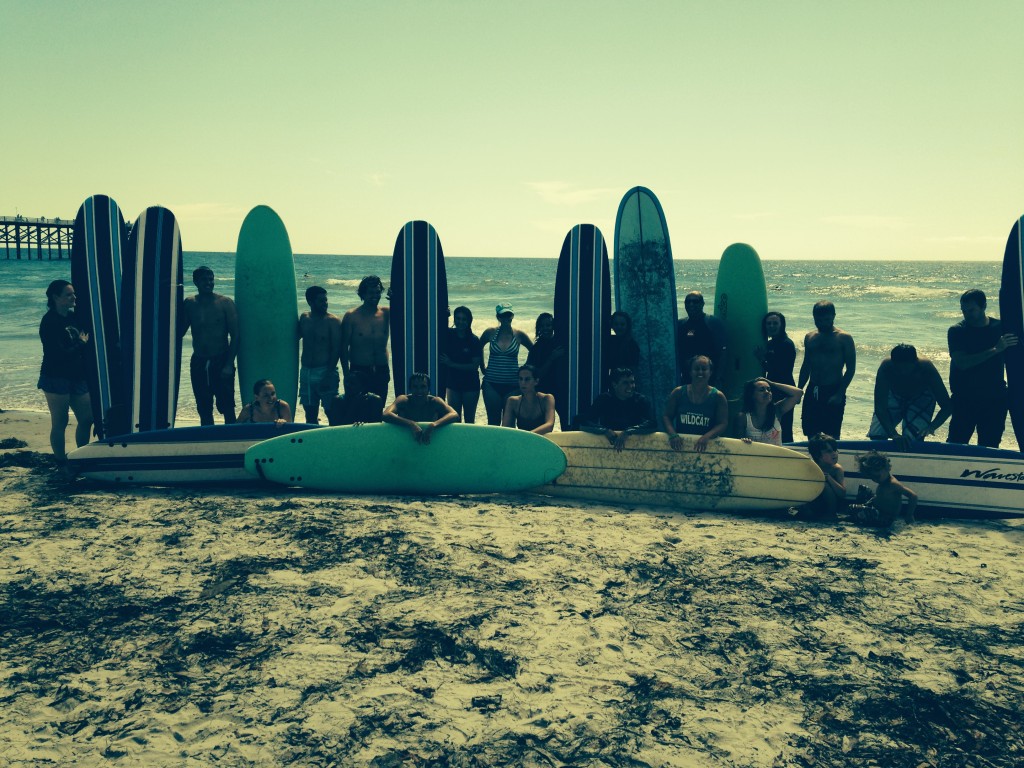 A week and a half ago I was wading into the Pacific Ocean with one of the most terrifying men I have ever had the privilege to be acquainted with(and it truly is a privilege. But that’s a conversation for a different time.) My foot was strapped to a surfboard and the long sleeved Duck Dynasty shirt I had borrowed from my roommate to cover my nasty, awkward tan-line forming burn swirled around me and created resistance to me seaward trek. Brad asks me where I’m from. I reply “Nebraska”. He cracks a smile and says “Oh yeah, I have some Husker stuff back home!”

Joke’s on me he’s actually a Buckeye fan, but he loves the schools with traditions and “You just have to love Tom Osborne.”

And then I caught some sick waves.